“Visual Art is the Universal Language”

If you were stranded on a tiny, remote island and had one empty bottle and one piece of paper, what sort of message would be most useful to you to put afloat in the bottle?

Would you paint a picture that would communicate the seriousness of your predicament AND establish your general location?  Or could you use words alone–in your language–to get your point across?  Or would it be better to combine words with an image?

Wouldn’t you hope that anyone who found the note, say, in Fiji, or Sumatra, or Chile, or Japan, or Mongolia, no matter what language they speak, would be able to read it well enough to discern your predicament in enough detail to initiate effective help?

Maybe we artists should admit that as yet There Is No Universal Language, not even art.  Or at least examine the assumption with a great deal more curiosity than we so far have. Bear with me.

Although he was not the first to make the assertion, over half-a-century ago, in the 1950’s, Diego Rivera said that “:…art is the universal language and belongs to all mankind.”

Diego María de la Concepción Juan Nepomuceno Estanislao de la Rivera y Barrientos Acosta y Rodríguez is considered to be one of the great painter iconoclasts of the 20th century.  He was thoughtful and opinionated about art, politics and the plight of working people.  But Diego saying something clever does not a maxim make.

LANGUAGE IS FAR MORE COMPLEX THAN IT IS UNIVERSAL

Today, after nearly twenty years of learning to use the worldwide web, diverse cultures of “all mankind” congregate around the clock in the immensely crowded public square of cyberspace. And there we express our cultural uniqueness in words, video, audio, photography, music, dance, hype, jest, scam, lies…as well as the visual arts.

Above is a computer detected worldwide web activity map (cropped)

Some forward thinking individuals predict that through the Internet, in time, we will answer whether or not anything at all can become a universal language.

Scientifically, linguistics makes the most thorough study of the question.

I suggest that if the scholars of linguistics thought that art was the universal language, surely they would be applying their sensitive examination tools to visual art with headline-making exuberance.  Their probability distribution and quantitative methods might find interesting results by quantifying the incidence rate in which all the various symbols of visual art occur in different cultures and how often those symbols express the same thing.

In their study of language, linguists use tools like phonetics, psycholinguistics, sociolinguistics, historical linguistics and syntax to predict, with high degrees of accuracy what a newly-found symbol is apt to mean, playing the odds like a card counter in Vegas.  And then the linguists double-down on those symbols they have decoded to determine the meaning of the next symbol, and the next, until at last they decode the entire language.

With those tools, linguists have deciphered most of the languages of the world, even those that have been hidden with small tribes deep in jungles and mountains and deserts for millenniums.  Keeping in mind the capabilities of linguistics, one could argue that spoken and written languages are indeed universal, because it is possible that the linguistics discipline, devoted to understanding them, actually finds a way to read the most subtle detail of any language, but “universal” would only be universal if everyone except linguists were dead.

Perhaps, if we artists knew more about linguistics and the amazing results it achieves, we might not be so certain that visual art is the universal language.  And we might not emphasize the article “the” in order to assert the implication that nothing else under the sun is a universal language —not humming, not whistling, not music, not body language, not dance, not mathematics, not pheromones, and not even movies.

It is true that perceptive people all over the world, without the slightest need to resort to scientific tools, can read the singular sadness or devotion of an art work, no matter if it was created on the opposite side of the world by a culture utterly foreign.

Test your perception here.  Which of these paintings are voicing sadness, which are expressing devotion, and which are trying to express glee? 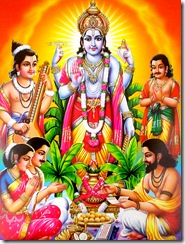 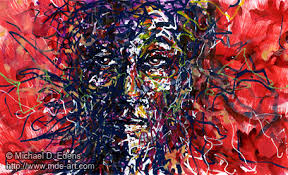 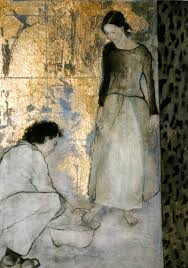 Is sadness or glee or devotion all that these artists were trying to convey?  And if any one of them was trying to say something more than, or trying to express a finely-tuned modification of, one of those three emotional conditions,  such as sad devotion, and if art is the universal language, then why don’t we read exactly what the artist is expressing? 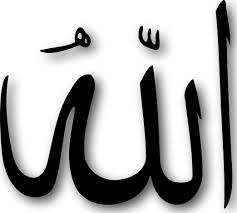 Are you able to read all of these visual symbols, all of which appear in many art works in various parts of the world?  They have been designed to represent certain emotions, behaviors and devotions, and within special groups they are clearly understood.  But if you or I cannot read them when they are included in an art work, is that art work speaking a universal language?

But to be judicial about the question, there are a few visual expressions which artists make that can be read almost anywhere by almost anyone.  A few.  And they are simple, more simple than the vocabulary of a baby.

Little did I know while raising my son that little babies use their hands to communicate, as the woman below illustrates.

Well, if those few expressions and hand signals are our arguments for art being the universal language, please consider that “language”, as expressed by other disciplines, such as poetry, literature, science, mathematics, movies, theater, opera, nursery rhymes, country songs, and even a baby’s elementary hand signals is immensely more specific and complex than merely expressing (and accurately reading) sadness or devotion.

And verbal language can express those complexities in a way that the reader and viewer understands more or less explicitly what subtlety is being expressed.

Visual artists may try to express those subtleties, but few people, not even the very rare critic of genius class, can decipher the subtle complex message the artist might be expressing with any degree of accuracy or consistency.  That is why the visual artist’s act of language is often incomplete, expressed but not understood, like the early sentences of a toddler.

I doubt that apologists for art are willing to limit language to grunts, tears, giggles, “Mine”, “Me want”, “No”, “Me go” in order to make valid their claim that art is the universal language.

That said, I offer one new argument for the contention that…

“Art—if studied in a certain way—might someday be a universal language”.

Here is a development to think about in that regard. An acquaintance of mine in Indianapolis, by way of a professorship in the philosophy department of the University of Illinois, has invented software that can listen to conversations in ANY language and discern what is being talked about. His program achieves a basic translation not by the usual means of how the words are formed with vowels and consonants and diphthongs and syntax,or any of the techniques linguists formerly used…

but by means of measurable and quantifiable digital sound qualities as observed in microscopic variations within sound waves, something like a polygraph without all the wires.

My friend sold that software to the United States Central Intelligence Agency. The CIA now use it to plug into phone conversations all over the world for the purpose of extracting a generalized idea of what the conversation is about—such as causing trouble, planning a terrorist attack, conducting an illegal sale, hiding people, and so on.  That enables them to discern which conversations warrant a closer listen and translation with trained human ears.

The thing I find interesting is that it turns out that there IS something fairly complex—the psychologically induced sound variation—that is contained in all spoken languages of the world, which is universal and can be detected fairly accurately, as my friend’s new software invention proves.

Perhaps that suggests another look at the possibility of art actually having qualities of a universal language, something like psychologically induced variations that exist in spoken language.

And maybe my friend in Indianapolis might be able to create software that can view any piece of art and read in it the artist’s most complex message, even if the artist had been overwhelmed by his subconscious and did not even know himself or herself what exact message the Id was expressing.

When that software is perfected, and we are able to proxy it to do the job of comprehending, then we might be able to say with a bit more certainty that “art is a universal language”.

But don’t hold your breath.